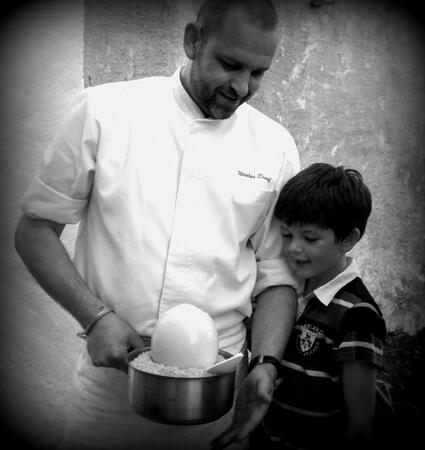 Nicolas Durif is one of the leaders of his generation.

Born in Alsace, it is from his grandmother that his passion for cooking comes to him, to the great despair of his father who saw him already take his following in the trade. From an early age, he demonstrates his talents at the service of renowned institutions in Strasbourg. After a passage in the South of France where he will draw a part of his inspiration, he settles in Charente-Maritime and adopts the local and sea products.

Alsace remains present in its cuisine, particularly by spices and herbs, including hyssop - the name it gives to its restaurant - aromatic plant that sublimates its dishes.

Nicolas Durif is awarded the Gault & Millau in 2017 with the Nouvelle Aquitaine Hope Trophy.